Sibling Conflict is a Family Problem That Can Be Solved 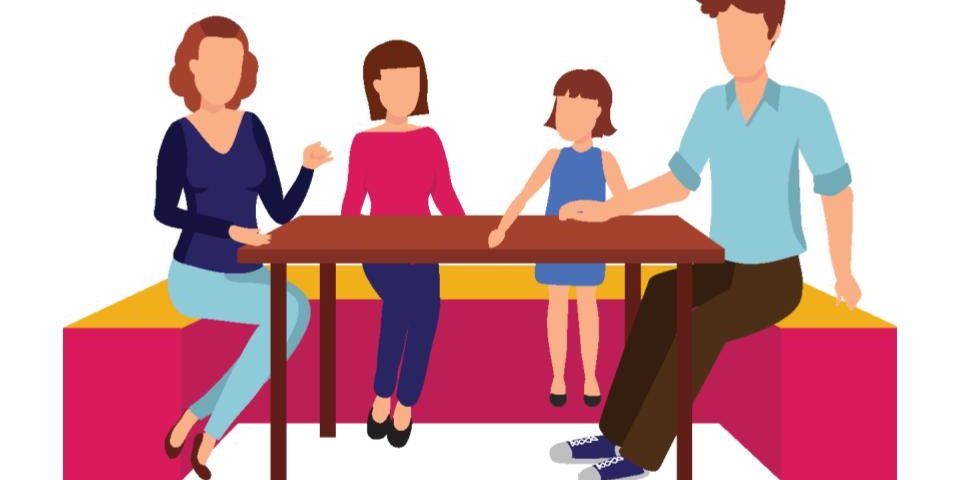 I was the youngest of three kids and the only girl in my family.

What I remember most from my childhood is saying, “Mommy, Peter’s picking on me!”

One time, I got so angry with my older brother that I chased him with a pair of scissors and stabbed his bedroom door as he slammed it in my face. Not my finest moment.

When an older sibling picks on a younger sibling, parents typically believe the older child is to blame.

Parents believe older siblings should be more understanding and better able to control themselves than their younger siblings.

This leads to wondering why the older child is aggressive and what they can do to stop the child’s negative behavior.

“Why are you picking on your sister?”

“You should know better because you’re older.”

“Your brother is just trying to play with you. He loves you.”

“Just because she hits you doesn’t mean you can hit her back.”

“I rely on you to be the mature one.”

Disclaimer: As you read this, please know that the fact that you’ve thought or said things that feel hurtful to your child doesn’t make you a bad parent.

It’s a process, one that we learn and grow through.

As parents, we do what we’ve learned, and we can always learn a new approach. That’s it. No guilt or shame needed.

Just a pat on the back for any attempt at making positive shifts in our family dynamics that will lead to greater happiness.

My family while growing up didn’t know how to model a positive approach to solving conflicts.

To ensure that this cycle doesn’t happen in your family, follow these guidelines.

Setting yourself up as the judge (in charge of determining who’s right and who’s wrong and setting the sentence) will always lead to feelings of unfairness and resentment.

You’ll know you’re doing this when you see part of a sibling altercation and jump in to scold only one of the kids or when one comes “tattling” on the other and you automatically believe only the tattler.

Responding in this way ensures that one of the siblings will always feel they’re in a lose/lose situation.

Perhaps you didn’t see that the younger child instigated the older one by getting upset very slyly?

You’ll end up with the older child saying, “You always think I’m wrong. You never listen to my side of the story,” or even, “I hate you. You’re so unfair.”

Leaving you feeling confused and hurt because you were only trying to resolve the situation, but instead, made it worse by adding new negative dimension to the conflict.

It’s important to use the Think-Feel-Do Cycle Process to evaluate what you’re saying and doing, and how it’s impacting your older child’s feelings about themselves and you.

Instead of thinking, ’How do I stop conflict when it’s happening?’ think, ‘How am I contributing to this problem?’

The example phrases above hurt your child’s self-esteem and can lead them to take out their negative feelings on their younger sibling (exerting power on them because they can’t on you).

If you watch carefully after you’ve scolded “the problem child”, you’ll often see the older child hurting the younger one because they feel unable to get back at you directly.

Confront sibling conflicts proactively by learning how to facilitate the collaborative problem-solving process with your kids before conflict happens.

Rather than being a Director who takes ownership of the problem and judges, use the Collaborator Parenting Role to approach sibling conflicts as family problems to be solved together.

Your children usually have the same conflicts over and over, so when everyone is calm, set aside some time to discuss each conflict individually and develop solutions together.

Confronting sibling conflict as a family problem takes you out of the controlling role and teaches children responsibility for their own actions and for finding solutions.

When approaching sibling conflict, try to avoid judgmental and hurtful words in the moment.

Take some quiet time to reflect on your part of the issue and remember to not guilt yourself.

Instead, pat yourself on the back for creating greater family harmony by making positive changes and teaching your children the valuable life skills of taking responsibility and solving problems together, and…

What social skills are you teaching your kids?
August 17, 2022

8 Do’s and Don’ts for Raising Resourceful Children into Adults
October 31, 2020

Emotional Support for Kids During the Pandemic and Beyond
May 14, 2020
Subscribe
0 Comments
Inline Feedbacks
View all comments