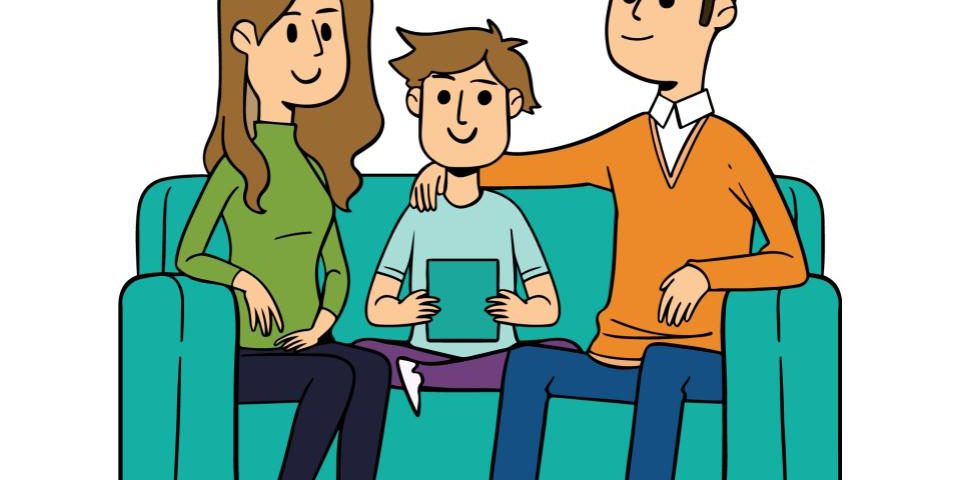 Be an Ally Rather than an Adversary when using the Powerful Director Parenting Role – After – then skit.

When I work with parents, I present an approach I call being your children’s ally. You set limits and expectations in a manner that usually feels like you are on their side. They can still get upset when their needs are blocked. Yet ultimately, they feel your love and support. The parenting approach of being an ally rather than an adversary applies with teenagers and school-aged children.

Interacting with your teen can be like walking on egg shells. At any moment, your comment or even a look could crush the “egg” leaving a gooey “mess”. I recommend instead learning how to give directions as an ally rather than an adversary. As an ally, you will maintain the relationship and gain greater cooperation to your directions.

Now, parents slide up and down the adversary-ally continuum depending on our fatigue, our children’s personalities and our parenting skill level.

An adversarial parenting approach has two main principles. The first is that a disagreement ends with a winner and a loser; the parent wins, the child loses.

The second principle is that the teen’s feelings and thoughts are not important during a disagreement. The quality of the relationship is not important as well.

In contrast, the first principle of the ally parenting approach is to strive for win/win solutions to conflicts. The parent is still the final authority yet the teen does not feel like a loser.

Let’s put this theory into a real life situation. Remember that it is a continuum between being an adversary and an ally. I’ll demonstrate how an adversary, an ally-in-training and then an ally parent could respond to the same situation.

This is a three part skit illustrating different parenting approaches; the adversary, ally-in-training and the ally.

The parent will be trying to get the child to do something s/he doesn’t value or really want to do. The teen will make the same request to go a friend’s house three timers. Each time the parent will answer differently demonstrating the three different approaches.

Teenager:   “My friend has asked me to go to their house now. Can I go?”

Parent:  “No, you can’t go.” (The parent is mad because the child hasn’t done their chores.)

Teenager:  “Why not? You never let me do anything.”

Parent: “No. You haven’t done your chores yet.”

Teenager:  “You only think of yourself. You don’t care what I want. My friends are important to me.”

Comment: This argument will continue with everyone digging in their heels. Everyone will feel like a loser in the end.

Skit part 2:  An ally-in-training parent could sound like this:

Teenager:  “My friend has asked me to go to her house now. Can I go?”

Parent: “No, honey. You can’t go because you haven’t done your chores yet.”

Teenager:  “I can do them later. Why do you bring it up now anyways? You should have reminded me earlier.

Parent:  “I know you like being with your friends BUT you should have finished your chores already and you would have if you didn’t keep putting themt off.”

Teenager:   “My friends are important to me even if they aren’t important to you! Please can’t I go now and do my chores later?  I promise I’ll do them as soon as I get home. ”

Parent:  “Oh, alright. But no more than two hours and do your chores as soon as you get home.”

When a person hears “but”, everything said before this word is no longer heard or felt. The parent became an adversary in the teen’s eyes because the teen only heard, doing your chores is more important than your friends are. The parent’s needs were more important than hers. It became a conflict between two people’s needs rather than the need of the household.

Skit part 3:  An accomplished ally parent will focus on stating the directive clearly with the teen getting her needs met as a result of following through with the work first.

Teenager:  “My friend has asked me to go to her house now. Can I go?”

Parent:  “Sounds like fun. After you clean the bathroom, then you can go.”

Teenager:  “She’s waiting for me now. Why didn’t you remind me about the bathroom? It will be too late after I clean it.”

Parent:  “After the bathroom, then you can go.”

Teenager:  “That will take too long.”

Thank you for participating in the skit. You may sit down.

The reason the parent got to an “Oh, alright” is because the teen knew there wouldn’t be any discussion or getting out of it. Because the parent didn’t shame the teen, the teen could admit to himself that if he had done it sooner, he could have gone to his friend’s house right away. It wasn’t his parent’s fault so it took away the tendency for teens to blame others.

The way to minimize crushing the delicate teenager is to become their ally. As an ally, you will create a happier and healthier family with more cooperation and peaceful times together.

In what ways are you acting as an adversary? When is it easier to be an ally? What do you sound like when you are an ally?

©2015 Cynthia Klein, Bridges 2 Understanding, has been a Certified Parent Educator since 1994. She works with parents and organizations who want more cooperation, mutual respect and understanding between adults and children of all ages. Cynthia presents her expertise through speaking and private parenting coaching sessions. She writes the Middle School Mom column for the Parenting on the Peninsula magazine. She works with parents of 4 – 25 year-old children.

5 Reasons Why Your Screen Time Limits Aren’t Working- And What to Do Instead.
February 29, 2020